How to Manage Staffing Challenges with an Insurance Outsourcing Partner 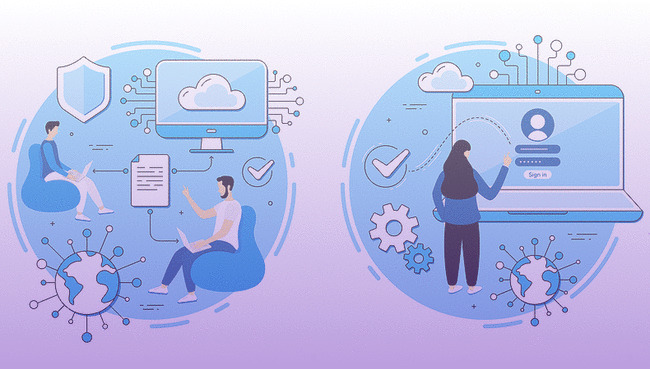 The Great Resignation doesn’t appear to be slowing down. The resulting staffing shortages are impacting many industries, including insurance, and more resignations may be coming. Keeping operations running smoothly is tricky when you don’t know whether your workers will be around next week, but outsourcing can provide the flexible solution you need.

The Great Resignation Picks Up Speed and Goes Global

The Great Resignation started in April, when a record number of U.S. workers quit. According to The Atlantic, resignations set more records in July and August, and quits are increasing in nearly every industry.

So just how bad is it? According to The Wall Street Journal, federal data shows that nearly 20 million resignations were handed in between April and August of 2021 – that’s 60% higher than the year before and 12% higher than what was seen in the hot job market of spring and summer in 2019.

It’s not just hype. The Great Resignation really is exceptional – and it could get worse. Business Insider says that 95% of workers are thinking about quitting, according to a recent survey.

It’s not just the United States, either. The Washington Post says the Great Resignation has gone global, with OECD data showing that 38 member countries have about 20 million fewer people participating in the workforce than before the pandemic struck.

Many workers have quit, pretty much everyone is thinking about quitting, and nearly every industry is being impacted. For the insurance industry, this is making a bad situation worse.

Back in September 2020 – when unemployment was up because of the pandemic and before the Great Resignation had started – the Insurance Journal reported that the insurance industry was having trouble attracting new workers. A study on U.S. insurers found that 83% of respondents wanted to maintain or increase staff, but many were having trouble with recruitment. NPR had previously reported that Millennials just didn’t seem interested in insurance careers.

Now the Great Resignation is making the labor shortage even worse. Property Casualty 360 says nearly a quarter of insurance professionals have or are about to retire. Because younger workers aren’t replacing older workers, the result is a talent gap, and current labor shortage is exacerbating the problem.

Workers Are Going on Strike, Too

Workers have a lot of power right now, and they know it. They’re demanding better compensation and working conditions. They’re also going on strike. According to The Guardian, the current wave of labor unrest means that tens of thousands of workers could go on strike in the near future.

Can Your Company Thrive in These Times?

Many places are asking customers to be patient as staffing shortages lead to longer wait times. That may work in some businesses, but when an insurance customer needs help with an urgent coverage issue or claim, patience probably isn’t on the table.

But keeping service levels high is difficult when your staff walks out. That’s why companies in the insurance industry need a dependable outsourcing partner.

Count on Covenir for flexible outsourced insurance support for your frontline, back office and print/mail operations. When you work with Covenir, it’s not all or nothing. We structure our service to meet your unique needs providing everything from supplemental/overflow support for your in-house team, all the way to handling everything on your behalf. Our team is multi-lingual, located in all U.S. time zones and onshore. Contact us to learn more.

This website uses cookies to improve your experience while you navigate through the website. Out of these cookies, the cookies that are categorized as necessary are stored on your browser as they are essential for the working of basic functionalities of the website. We also use third-party cookies that help us analyze and understand how you use this website. These cookies will be stored in your browser only with your consent. You also have the option to opt-out of these cookies. But opting out of some of these cookies may have an effect on your browsing experience.
Necessary Always Enabled
Necessary cookies are absolutely essential for the website to function properly. This category only includes cookies that ensures basic functionalities and security features of the website. These cookies do not store any personal information.
Non-necessary
Any cookies that may not be particularly necessary for the website to function and is used specifically to collect user personal data via analytics, ads, other embedded contents are termed as non-necessary cookies. It is mandatory to procure user consent prior to running these cookies on your website.
SAVE & ACCEPT